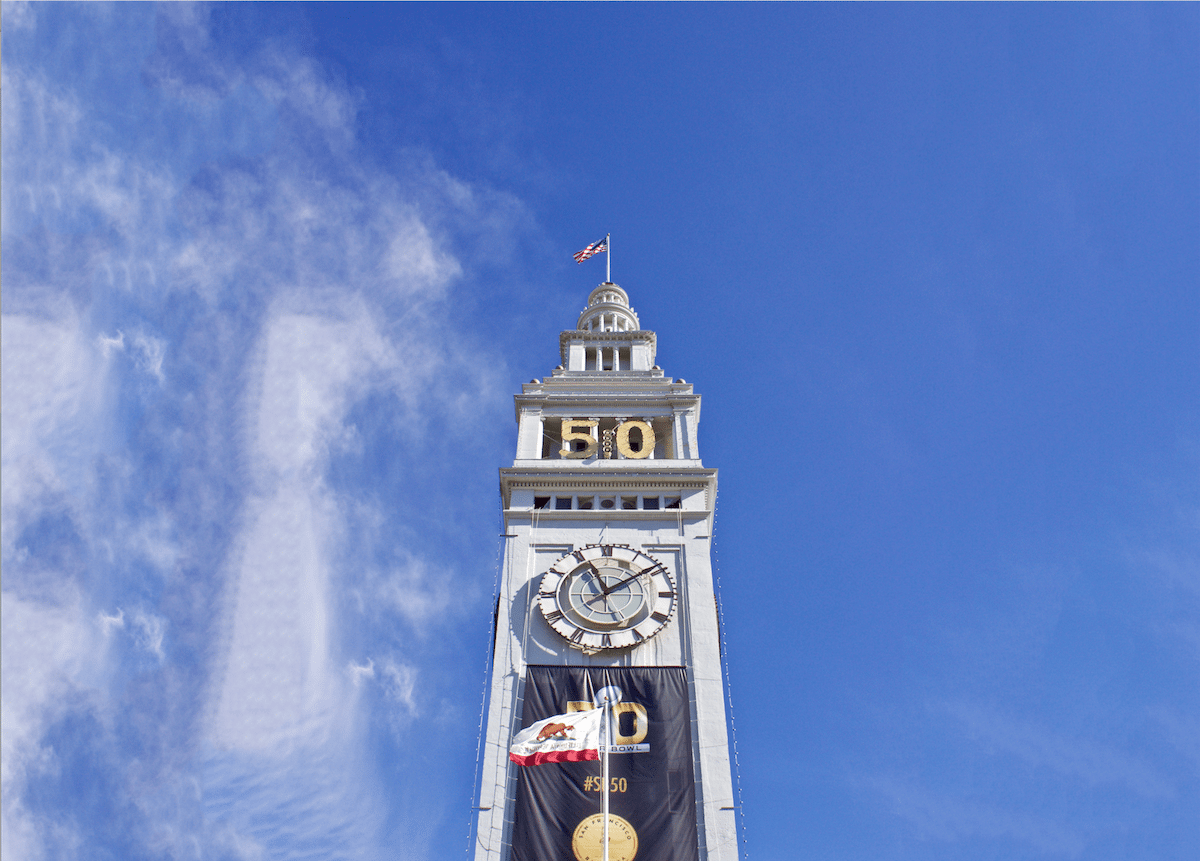 Year of the Fire Monkey: What you need to know

Super Bowl 50 fever has struck the Bay Area! While we’ve already covered a list of non-SB50 events for those who want to avoid the fuss (or just don’t care about football), we were excited to explore Super Bowl City in downtown San Francisco. The temporary installation truly has something for everyone.

Surprisingly, transportation to Super Bowl City was a breeze, with quick access from BART and Muni’s Embarcadero Station. Super Bowl City’s main entrance is just around the corner at Market and Davis Street. Due to the many road closures around the city, you may want to consider sticking with public transit. You can find a list of road closures near Super Bowl City on SFMTA’s website. Be prepared for long lines and packed trains, especially during the weekend. (Pro tip: Leave your bags at home if you don’t need them! There is a Fast-Pass lane for visitors without bags.)

Once you’re in the general vicinity you can catch a free pedicab, sponsored by Levi’s, to quickly get to Super Bowl City from Downtown, or vice-versa. The Super Bowl City area takes up a few city blocks, and the pedicabs are waiting near all the main entrances.

One of the first things you may notice: there are signs everywhere for the official Road to 50 app. The app was exclusively built for Super Bowl 50 and provides location-based alerts, transit information, interactive maps, and details on all upcoming events around you. The Road to 50 app was a great asset to have while in the area. (Download the Road to 50 app, Free.)

From the main entrance, you will pass numerous food and drink vendors (including Woodhouse Fish Co.!), as well as sponsored entertainment booths like the Macy’s Star Zone. At the Macy’s Star Zone, fans are placed in the center of football’s very best moments and can unlock VIP offers to redeem at Macy’s nearby Union Square location.

Just a few steps beyond the Macy’s Star Zone is the Bud Light Bar. There’s no way you can miss the giant, replica Super Bowl trophy made of Bud Light cans. Even if you’re not a Bud Light fan, you’ll want to stop for the photo opportunity.

Things get even more exciting once you step off Market Street into Justin Herman Plaza, the heart of Super Bowl City. Here fans will find temporary installments which include The Levi’s Lot, Kaiser Permanente’s #My2MinuteDrill, demonstrations from Intel, charging zones sponsored by Verizon and Hyundai, and much more. Of course, fans will also find Levi’s City Stage in this area, where internationally recognized pop talents will take the stage for performances throughout the weekend. Super Bowl City’s headliners include:

Keep in mind, all of these concerts are completely FREE! Be sure to show up early, and remember that it is standing-room only.

In addition to concerts, Animal Planet has recreated its Puppy Bowl in the form of the Puppy Bowl Café at Gott’s Roadside in the Ferry Building. Adorable (and adoptable!) puppies from the Animal Care & Control San Francisco shelter and East Bay SPCA Will be competing for furry chew toys and fur-ever homes on the 24-foot mock football field. The display even features its own referee. If you can’t make it, you can always watch them live online.

See Also
Things to Do

Covid-safe Things to Do in San Francisco This Christmas

If you’re more of a gamer, check out Super Bowl City’s Fan Energy Dome. Here you can play dance games as digital avatars on giant screens. Your movements are replicated by motion sensors that light up the Fan Dome. Another neat thing to check out is the giant light sculpture in the center of the Fan Dome. The lights are controlled by stationary bikes, and the faster you pedal, the faster the lights move and change color!

If you’re ever lost in Super Bowl City, keep a look out for workers and volunteers in orange vests: they’re there to help you find your way around. Some even carry signs and will point you in the direction you want to go.

As millions of people descend on the Bay Area for the 50th Super Bowl, we hope this guide will help you find your way around Super Bowl City! Share your favorite moments and discoveries with us on Instagram by using #49MilesOfSB50.

Where to Eat Before Chase Center: STEM Kitchen & Garden

Where to Drink Outside in San Francisco During Indian Summer