Message of the Monkey: Changeability without being constant leads to foolishness.

Traditionally, the twelve Chinese animal zodiac, or shengxiao, were used to number the years. Today, each lunar year is characterized by one of the twelve shengxiao symbols and one of the five elements: gold (metal), water, wood, fire, or earth. Element-sign combinations recur ever 60 years, and are said to affect your personality and destiny. For example, people born in the Year of the Fire Monkey (2016, 1956) are noted for their ambition, sense of adventure, and irritability.

San Francisco’s Chinese New Year Parade and Festival was first celebrated in the 1860s, and has since grown to be the largest celebration of Asian culture outside of Asia. This year’s celebration will take place on Saturday, February 20th from 5:15–8:00PM at Market & Second Street, leading to Kearny & Jackson Street. Stay tuned for the 49 Miles guide to San Francisco’s Chinese New Year Celebrations.

Don’t Take Medicine: Taking medicine on the first day of the lunar new year means you will get ill, and it will probably last the whole year.

New Year’s Breakfast: Don’t eat porridge (or oatmeal) on the first day of the lunar new year. Porridge was traditionally associated with poverty in Chinese culture, and eating porridge as your first meal of the new year does not bode well.

Don’t Wash Your Hair: You can shower, just don’t wash your hair! Washing your hair signals washing your fortune (and luck) away.

Laundry: It’s the same idea as not washing your hair — you’ll wash out all the luck and fortune!

Stay Away From Sharp Objects: Knives, scissors, nails — stay far away from them today! Any resulting accident can mean the depletion of your wealth.

Keep Bad Spirits Away: People must stay up to ring in the lunar new year to welcome the new year with fireworks, which will scare off bad spirits and Nian, the New Year monster. 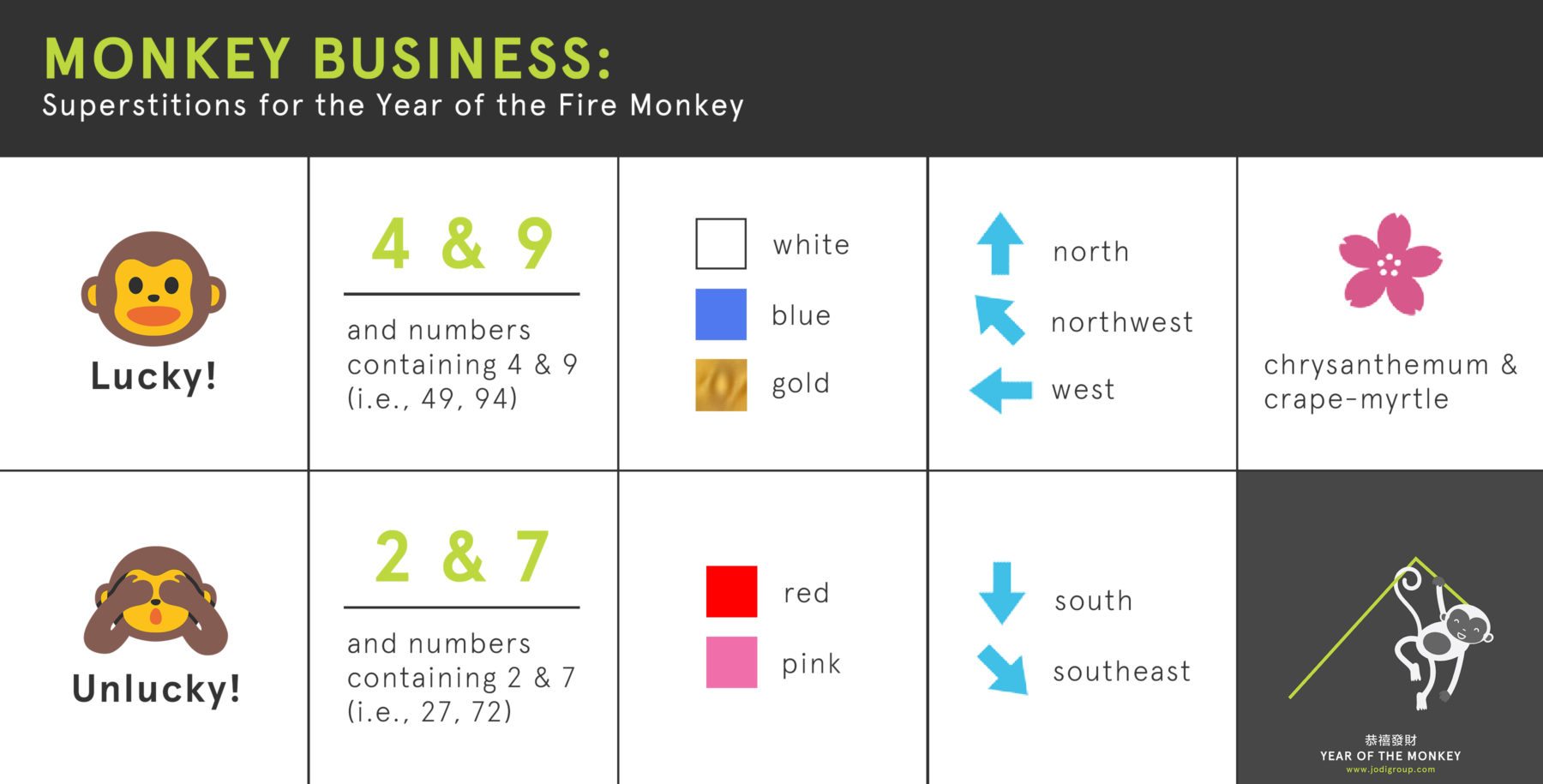