2017 has been a mixed-bag for San Francisco and the rest of the world, to put things mildly. Though Taylor Swift “could not have had a better year,” many would remark differently. In honor of surviving this tumultuous year, we should all conjure up the spirit to celebrate the end of 2017. Emphasis on “end.”

If you’re not sprawled out on the dance floor covered in champagne when the clock strikes 12 this December 31st, make sure to catch the scintillating firework displays across the Bay. San Francisco’s scenic landscapes act as wonderfully dramatic backdrops for the end-of-the-year fireworks. These views are mesmerizing enough to pass the day throughout the year. But come midnight on the last night of the year, these dreamy landscapes are ignited and come to life in a once-in-a-year fashion.The best part is that these locations are free and open to the public, which means you don’t have to go broke or wrestle through an overpacked bar to celebrate the finale of 2017.

We have compiled a list of our favorite view spots to watch the New Year’s Eve fireworks in San Francisco (and even some in the East Bay and Peninsula, if that floats your boat). If you’re looking for the best spot to watch fireworks in or near San Francisco this New Years Eve, then keep scrolling on:

Related: The SF Must List: What to Do in San Francisco This December 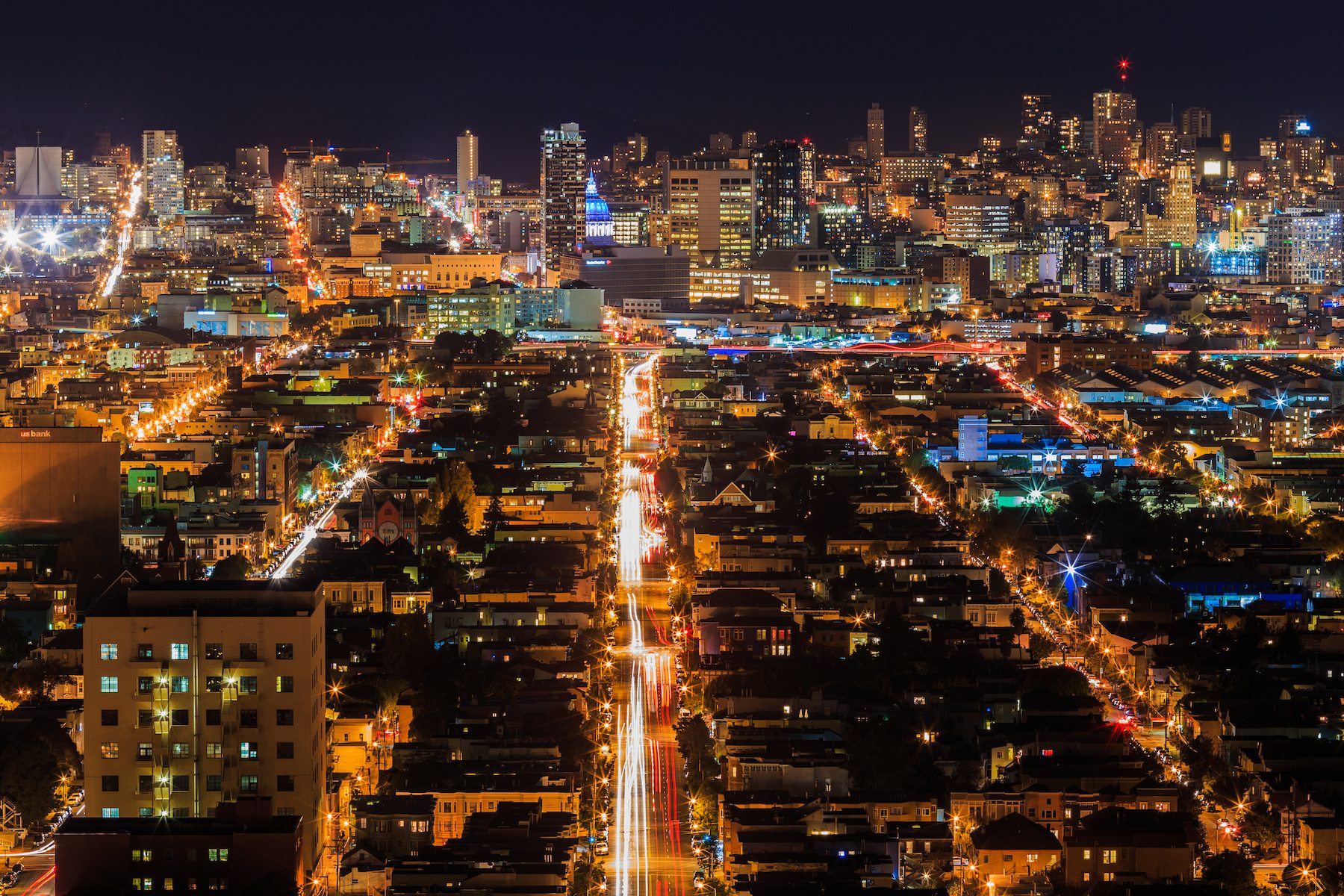 For a low-key but nonetheless mesmerizing spot to watch the New Year’s Eve fireworks, make your way to San Francisco’s village-like arrondissement Bernal Heights and hike up to the summit at Bernal Heights Park. Atop the park, you’ll get a sweeping view of San Francisco and almost the entirety of the Bay. This is somewhat far from where a lot of fireworks will be launched, so the view will be a bit distanced (or, in film terms, “a long shot”). If you want a chiller NYE while still being at a world class location, you won’t regret hanging here.

Related: Beyond the Fog Belt: A Guide to Bernal Heights 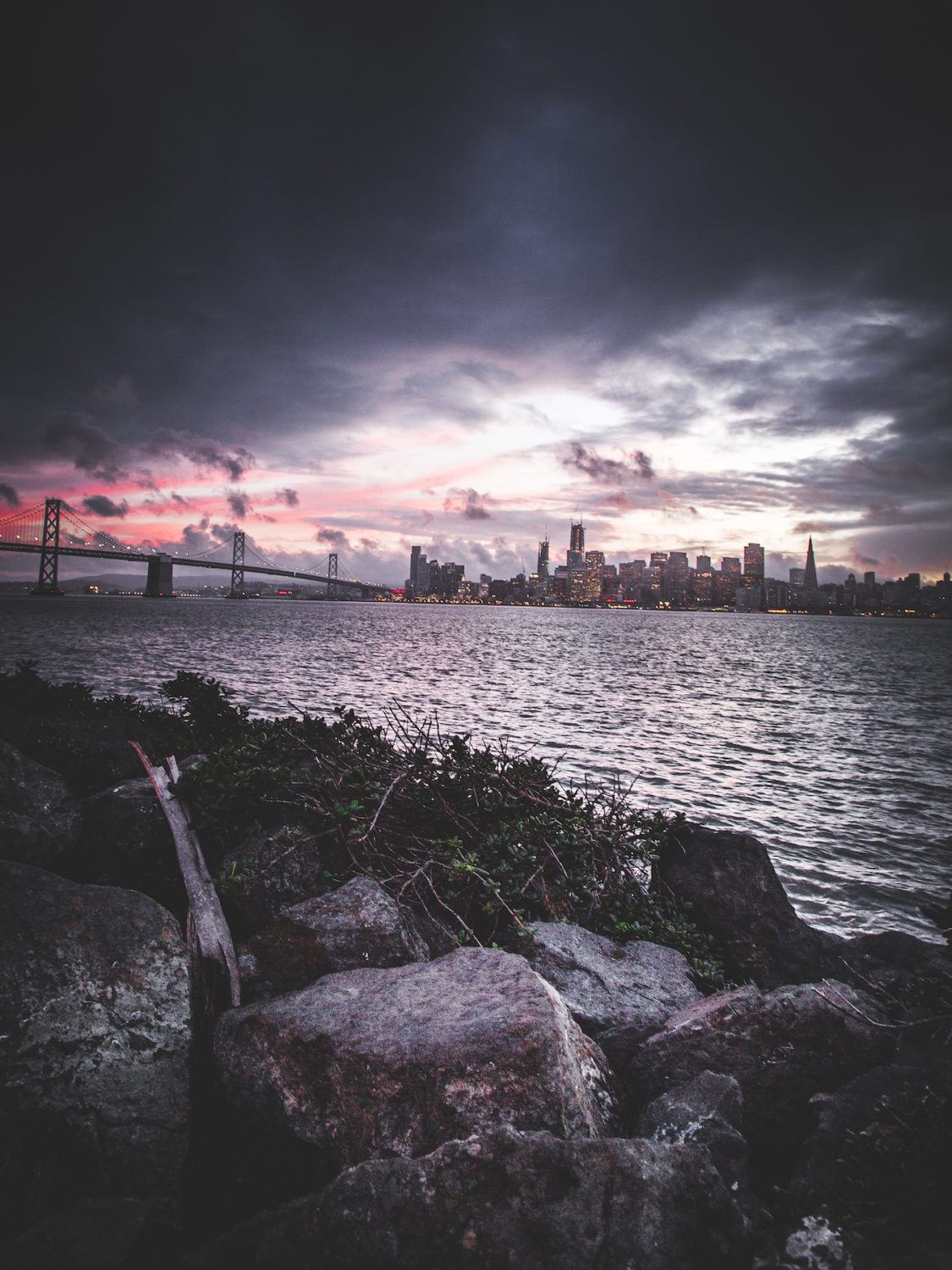 Treasure Island has unobstructed views of San Francisco’s skyline and a clear view of the East Bay from which you can spot UC Berkeley’s landmark Campanile. Considering the moody vibes of Treasure Island, its devastating panoramic views, and the surrounding water on which fireworks will reflect, this island is certainly a great spot to consider to watch fireworks as so long as you’re willing the travel midway across the Bay Bridge that evening.

Residents of the East Bay and longtime Bay locals already know that the view from the Berkeley’s Lawrence Hall of Science offers an incomparable view of the City–it resembles Dorothy’s view of the Emerald City from the poppy field. If you want to get out of the City but still want a view of its beauty, go here. You can hike here from near UC Berkeley’s campus if you so choose (it’ll be a rigorous two hour hike to get up there), but it’ll be easier to just drive up and park. Once you arrive at the vista, you’ll wonder why you don’t spend more time in the East Bay.

Corona Heights Parks offers a bit of a more distanced view of the NYE fireworks, but it is less frequented than other popular vistas in the City. With plenty of standing room and some rocks to sit on, Corona Heights Park is offers a perfectly but nonetheless awesome NYE, fitting for locals and tourists alike.

Related: Views and Victorians: Spend a Day in the New Alamo Square Park

Spend the evening at one of San Francisco’s most central historic landmarks. If you take a car to the tower, make sure to park down a couple blocks below and hike your way up, as the parking lot will for sure be packed. Once you’ve reached the grounds of Coit Tower, you’ll get a nearly birds-eye view of the San Francisco Bay. With the Coit Tower in your background and the illuminated Bay Bridge in the foreground, this is one of the most aesthetic places to watch fireworks for NYE. Note: there might be some trees obstructing your view in the event that the location is packed and you don’t secure a spot, so arrive early to find the best spot.

Twin Peaks is a very popular summit for view-chasers on any given day of the year. It will likely get busy on NYE, so we recommend getting there as early as possible so you can claim some real estate before everyone else does. The popularity of Twin Peaks is totally warranted, so giving this a shot for NYE is worth the extra effort.

7. Along the Piers, San Francisco, CA

New Year’s festivities along the Embarcadero, namely at Pier 39 and Pier 41 (or even Fisherman’s Wharf), tend to be densely populated since it is at the center of the action. If you’re looking for a more rowdy NYE and want to be surrounded by lots of people, you’ll love this. This is equal parks tourist trap and quintessential San Francisco, so everyone should do it at least once. In any case, watching the fireworks fly directly over the Bay next to the Bay Bridge lights will be a show-stopping experience. 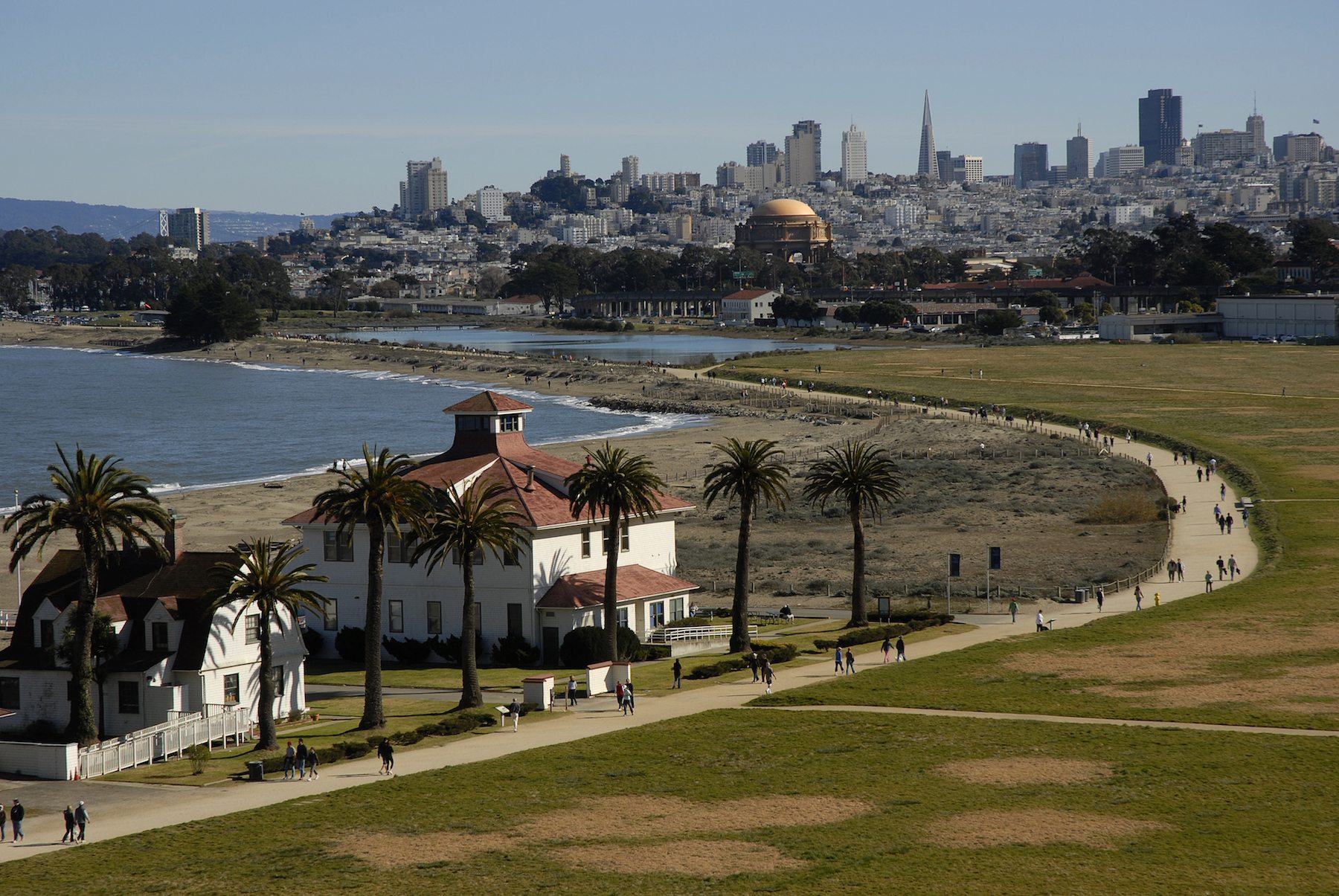 The expansive Crissy Field at the Presidio is one of the most serene and least clustered public places to hang out in San Francisco, which would thus provide a lovely respite from packed bars and tourist traps on NYE. With plenty of space and wide shots of the Bay and the Golden Gate Bridge, Crissy Field is a worthy choice for to spectate for those who want a great view with lots of legroom.

Get away from urban anxieties without having to cross a bridge or deal with Berkeley congestion. Head southbound to the suburbs to the Bay Trail in Foster City. This long levy has great eastward views on the Bay. There are plenty of spots to sit and watch fireworks along the levy so you won’t have the fight for real estate, nor will you have to fret over parking. From the Bay Trail, you’ll be able to see fireworks from various cities in the East Bay and Peninsula.

The Emeryville Marina is another one of the East Bay’s best kept secrets, offering unobstructed views of the City skyline, the Bay Bridge, the Golden Gate, and the North Bay’s landscape. The park at the marina is an idyllic spot to unwind and relax before the fireworks if you want to spend an evening there. Considering the open views of the Bay, this will be a front row to all the fireworks that shoot over the Bay.

Where to Eat Before Chase Center: STEM Kitchen & Garden

Where to Drink Outside in San Francisco During Indian Summer