It’s that time of the week again, weekend warriors… FRIDAY! This weekend is shaping up to be a warm and exciting one, with the NBA Finals and multiple festivals taking place. Read on for all the details…

NBA FINALS GAME 4 → After getting “punked” and losing by 30 points on Wednesday, the Golden State Warriors (leading, 2-1) are back at Cleveland’s Q Arena for Game 4 of the NBA Finals. Not sure where to watch? SoMa StrEat Food Park is hosting a viewing party (free before 5:00PM, $5 cover after) with tons of free giveaways, including official Warriors pint glasses with the purchase of Modelo beer. Food trucks will include: Gyros on Wheels, Bacon Bacon, Odang Udon, and more. More Event Details // SoMa StrEat Food Park, 428 11th Sreet, San Francisco, CA 94103 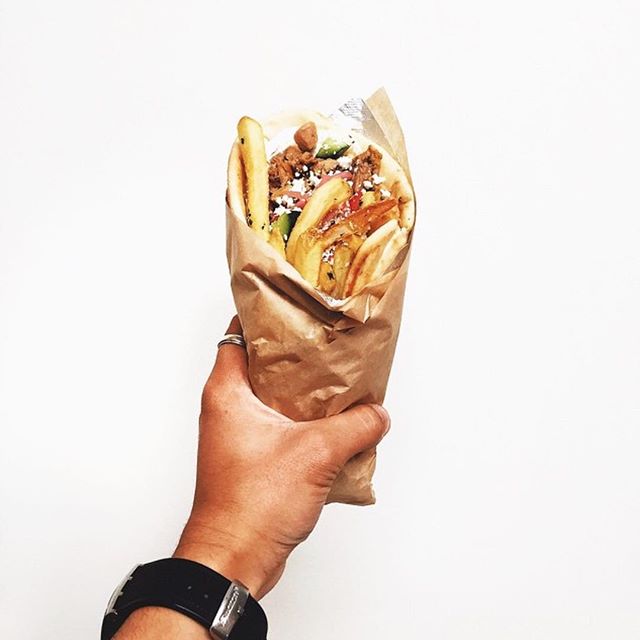 GRAB A BITE → The wildly popular Souvla opened a second location on Divisadero Street in NoPa this week, taking over the former space occupied by Herbivore. The new outpost, located less than a mile away from the original, is a clone of the Hayes Valley spot, serving rotisserie meats in salads and souvlaki, plus Greek froyo. Souvla, 531 Divisadero Street, San Francisco, CA 94117

STAY UP LATE FOR THIS → In Situ, the SFMOMA restaurant helmed by three-time Michelin Star chef Corey Lee (Benu), will open on June 14th and begins accepting reservations beginning June 11th — presumably at midnight. Stay up past your bedtime to score a reservation at this highly-anticipated restaurant which will serve a la carte dishes “recreated from over 80 chefs around the world” (including noma’s Rene Redzepi). Get A Table Before It’s Impossible // In Situ, 151 3rd Street, San Francisco, CA, 94103

DRINK FOR CHARITY → This week is the fourth annual Negroni Week, where bars around the world prepare their own versions of the classic Italian apértif to benefit a charity of the bar’s choice. 1760 on Polk Street is serving TCHO cacao-infused Campari to benefit Tenants Together, and our new favorite, Bear Vs Bull at the Alamo Drafthouse, is serving four variations, including a frozen Tropical Negroni with proceeds going to Tipping Point. 1760, 1760 Polk Street, San Francisco, CA 94109 // Bear Vs Bull, 2550 Mission Street, San Francisco, CA 94110

FOLK YEAH → In its 40th year, the San Francisco Free Folk Festival celebrates the folk music and dance community with free concerts, workshops, crafts, and a number of vendors at Everett Middle School. Drop in to learn Balkan and Irish Set style dancing, and catch performances by local and international bands, including Nate Jones & The Sloe Slippers. We just wish The Little Miss was going to be there! San Francisco Free Folk Festival, 450 Church Street, San Francisco, CA 94114

BRUNCH HERE → June is National Soul Food Month. Seriously, it’s a thing, and you need to take advantage of it. Head out early to the Tenderloin (yes, the TL — that’s why you need to get there early) for brunch at Brenda’s French Soul Food for a Southern-style brunch, including croque monsieurs, creole-style omelets, and beignets. Binge on beignets. Brenda’s French Soul Food, 652 Polk Street, San Francisco, CA 94102 // Sunday Hours: 8:00AM–8:00PM

BATTLE OF THE FESTIVALS → Sunday’s going to be a busy day if you plan on hitting up three of the Bay Area’s most popular festivals. The North Beach Festival continues on Sunday, from 10:00AM–6:00PM, in direct competition with The 39th Annual Haight-Ashbury Street Fair and The 13th Annual Temescal Street Fair in Oakland.

The Haight-Ashbury Street Fair brings thousands of visitors to the historic district every year, and this year will be no different. With over 200 outdoor vendors, including food, green businesses, local artists, clothing, crafts, two live music stages, and more, this is a festival you don’t want to miss. Jefferson Starship, the rock band formed by several members of Jefferson Airplane, is scheduled to go on stage at 3:15PM for a two-hour set. Full Entertainment Schedule // FREE // All day

The Temescal Street Fair is considered one of Oakland’s premier cultural events, drawing in over 15,000 people from across the Bay Area. The festival will feature performances by local bands on multiple stages, custom bike and lowrider showcase, a circus stage presented by Oakland’s Kinetic Arts Center, and 150 booths featuring handmade arts, crafts, and food. Telegraph Avenue between 42nd and 51st Streets // FREE // All day

That’s all for this weekend. Stay tuned for our guide to the Best Soul Food in SF, a Travel Tuesday Guide, and more coming next week…